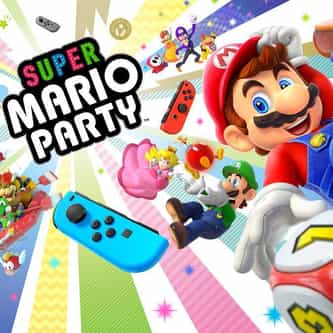 Super Mario Party is a party video game developed by NDcube and published by Nintendo. An entry in the Mario Party series, it was released for Nintendo Switch on October 5, 2018. The traditional gameplay of the older Mario Party games returns in Super Mario Party, after the previous two games' departure from the established form. The standard game mode, Party Mode, features up to four players taking turns and navigating the board in search of stars while competing against one another in a ... more on Wikipedia

Super Mario Party IS LISTED ON