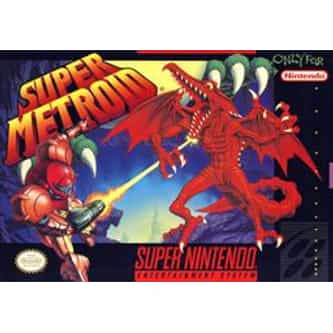 Super Metroid is a 1994 action-adventure game published by Nintendo, developed by its R&D1 division, and programmed by Intelligent Systems for the Super Nintendo Entertainment System. The third game in the Metroid series, it was released in Japan on March 19, 1994, in North America on April 18, 1994, and in Europe and Australia on July 28, 1994. It became available as a Virtual Console title for the Wii console in 2007, and for the Wii U in 2013. The gameplay of Super Metroid focuses ... more on Wikipedia

Super Metroid IS LISTED ON