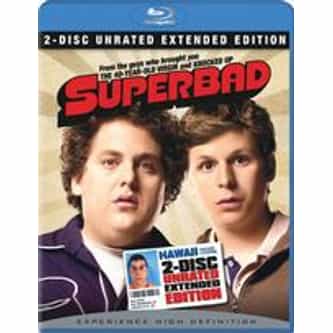 Tagline
Come and Get Some

Superbad is a 2007 American teen comedy film directed by Greg Mottola and starring Jonah Hill and Michael Cera. The film was written by Seth Rogen and Evan Goldberg, who began working on the script when they were both 13 years old; they completed a draft by the time they were 15. The film's main characters have the same given names as Rogen and Goldberg. It was also one of a string of hit films produced by Judd Apatow. ... more on Wikipedia

66.2k readers Behind-The-Scenes Stories From The Making Of 'Superbad'

468 votes What to Watch If You Love Superbad

Superbad IS LISTED ON