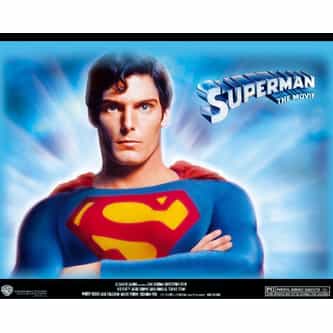 Tagline
The movie that makes a legend come to life.
You'll Believe A Man Can Fly!

Superman is a 1978 superhero film directed by Richard Donner. It is based on the DC Comics character of the same name and stars Marlon Brando, Gene Hackman, Christopher Reeve, Margot Kidder, Glenn Ford, Phyllis Thaxter, Jackie Cooper, Trevor Howard, Marc McClure, Terence Stamp, Valerie Perrine, and Ned Beatty. The film depicts Superman's origin, including his infancy as Kal-El of Krypton and his youthful years in the rural town of Smallville. Disguised as reporter Clark Kent, he adopts a ... more on Wikipedia

Superman IS LISTED ON