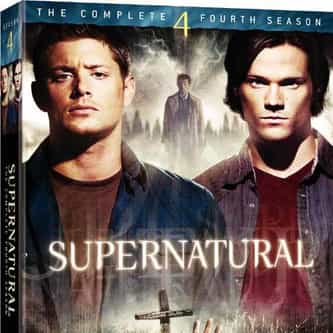 Season four of Supernatural, an American paranormal drama television series created by Eric Kripke, premiered September 18, 2008, and concluded on May 14, 2009, on The CW. This season focuses on brothers Sam and Dean Winchester encountering angels for the first time in their careers as hunters of the supernatural; this marks the introduction of eventual series regular, the angel Castiel. The angels intervene to rescue Dean from Hell and bring him back to life after he was trapped there in ... more on Wikipedia

Supernatural - Season 4 IS LISTED ON