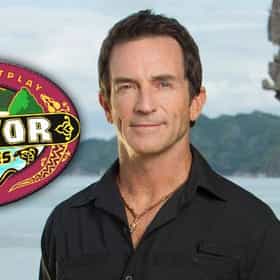 Survivor is a reality game show produced in many countries throughout the world. In the show, contestants are isolated in the wilderness and compete for cash and other prizes. The show uses a system of progressive elimination, allowing the contestants to vote off other tribe members until only one final contestant remains and wins the title of "Sole Survivor." The format for Survivor was created in 1992 by the British television producer Charlie Parsons for a United Kingdom TV production company called Planet 24, but the Swedish version, which debuted in 1997, was the first Survivor series to actually make it to television. ... more on Wikipedia

The Tudors
The Best Survivor Contestants That Ever Played 577.7k votes This is a ranked list of the people who outwitted, outplayed, and outlasted everyone else in the sneakiest, smartest, or jus...
The All-Time Greatest Survivor Winners 51.5k votes List of the top contestants who have won a season of the reality TV series "Survivor." This list includes all Su...
Behind-The-Scenes Stories From 'Survivor' 134.8k views Survivor has thrilled audiences since its sensational first season in 2000, and it remains one of the best reality shows on ...
The Celebrities You Most Want To See Play Survivor 49.3k votes Celebrities you want to see play Survivor are the oddest, most high-profile and just plain interesting celebrities who you...
The Greatest Moments in Survivor History 8.5k votes Survivor is easily one of the very best reality shows out there. It's been around for a long time now, and during that time ...
Real Survivor "Game Changers" You Would Have Liked To See Play Instead 5k votes Whenever Jeff Probst brings back former "All-Stars" to the island, it's almost a surefire guarantee that it's goin...
Who Will Win 'Survivor: Winners At War'? 1.1k votes Who will win Survivor: Winners at War? The competition has never been more fierce for Survivor Season 40. Each one of these ...
The Best Movie Speeches For Men 99 votes This list of the best male monologues includes speeches from every genre. If you’re auditioning for a comedy, look no furthe...
Jeff Probst's Most Ridiculous Innuendos on Survivor 3.7k votes Jeff Probst has been the host of Survivor for 33 seasons (!!!), and in that time... let's just say he's said a few things th...
The Best Seasons of Survivor 50.3k votes Survivor was the first and, arguably, the best reality show. The best Survivor seasons capture a spirit of survival and triu...
Winners Of 'Survivor': Where Are They Now? 60k views Over the years, Survivor has showcased some of reality TV's most compelling personalities, cunning strategists, and resource...
Who Will Win 'Survivor: Island Of The Idols'? 496 votes Twenty new contestants battle it out to earn the right to call themselves the CBS Survivor winner. This time, Survivor veter...
What to Watch If You Love 'Survivor' 244 votes Survivor is one of the first reality competition shows to work in the United States, and its success is evidenced by the fac...
All The Contestants Who Quit Survivor 16.2k views Still going almost 20 years after its first season's initial release, Survivor is one of the best known reality programs of ...
The Best Seasons of 'Survivor' 9.6k votes There are plenty to choose from when picking the best seasons of Survivor, since it's been on the air since 2000. With so ma...
The Best Stage Monologues For Men 21 votes This list of the best male monologues has something for every actor looking to ace their audition or impress their acting cl...
Who Will Win 'Survivor: Worlds Apart'? 824 votes Spoiler Alert: The list is current and updated with eliminated players. You've been warned.Season 30 of Survivor kicks off i...
The Best Players of Survivor: Cagayan 898 votes Survivor Cagayan is off to a good start, and we have a good grasp on some of these people. Who do you think are the best pla...
Who Will Win Survivor: Game Changers? 2.6k votes Survivor is back for its 34th season, this time in Fiji and this time with all returning players from past seasons. This sor...
The Most Days Played on Survivor 51.8k views This is the a cumulative number of days a Survivor contestant has spent playing Survivor. We've delved into the Surviv...
Who Will Win Survivor: Kaoh Rong? 4.1k views Survivor kicks off its 32nd season on TV with a return to the Brains v. Beauty v. Brawn theme. Who do you think has the best...
Rob Cesternino Offers His Reality Show Audition Tape Tips 798 views Fans of Survivor know Rob Cesternino as one of the original lovable contestants on the first huge hit of the reality TV er...
The Best Survivor Albums of All Time 261 votes List of the best Survivor albums, including pictures of the album covers when available. This Survivor discography is ranked...
Rob Cesternino's Tips on How to Win a Reality Show Competition 761 views Though he wasn't a Survivor victor, Rob Cesternino is a reality show expert, as demonstrated by his reality-driven Rob Has...

Survivor is ranked on...

Survivor is also found on...