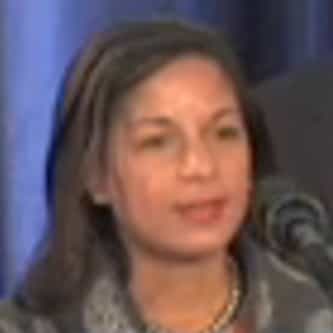 Susan Elizabeth Rice (born November 17, 1964) is an American public official who served as the 24th U.S. National Security Advisor from 2013 to 2017. A Brookings Institution fellow, she previously served as U.S. Ambassador to the United Nations from 2009 to 2013. She was on the staff of the National Security Council and as Assistant Secretary of State for African Affairs during President Bill Clinton's second term. She was confirmed as Ambassador to the United Nations by the U.S. Senate by ... more on Wikipedia

Susan Rice IS LISTED ON