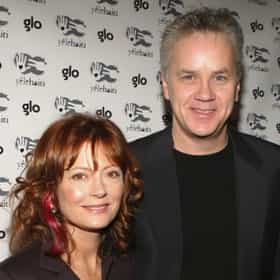 Susan Abigail Sarandon (née Tomalin; born October 4, 1946) is an American actress and activist. She has received an Academy Award, a British Academy Film Award, and a Screen Actors Guild Award, and has been nominated for nine Golden Globe Awards. Known for her social and political activism, she was appointed a UNICEF Goodwill Ambassador in 1999 and received the Action Against Hunger Humanitarian Award in 2006. Sarandon began her career in the film Joe (1970), before appearing in the soap opera A World Apart (1970–71). In 1974, she co-starred as a Zelda Fitzgerald surrogate in the TV movie F. Scott Fitzgerald and 'The Last of the Belles' and in 1975, she starred in The Rocky ... more on Wikipedia

Susan Sarandon is ranked on...

Susan Sarandon is also found on...