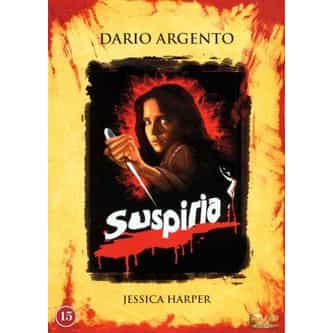 Suspiria is a 1977 Italian horror film directed by Dario Argento, co-written by Argento and Daria Nicolodi, and co-produced by Claudio and Salvatore Argento. The film stars Jessica Harper as an American ballet student who transfers to a prestigious dance academy in Germany. Later, she would realize that the academy is a front for something far more sinister and supernatural amidst a series of events. ... more on Wikipedia

Suspiria IS LISTED ON