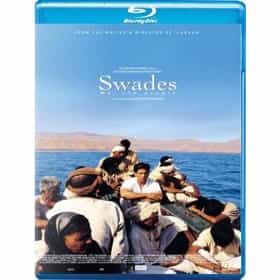 Swades: We, the People is a 2004 Indian film written, produced and directed by Ashutosh Gowariker. The film stars Shah Rukh Khan and Gayatri Joshi in her first film. The film received widespread critical acclaim and a cult following from Indian and other South Asian audiences around the world. It is widely regarded as one of the best Bollywood films of the decade and was later dubbed and released in Tamil under the title Desam. ... more on Wikipedia

Swades is ranked on...

#9 of 89 People who voted for Swades... are 10x more likely to vote for Kal Ho Naa Ho on this list are 10x more likely to vote for My Name Is Khan on this list The Best Shah Rukh Khan Movies 51.5k VOTES This list of the best Shahrukh Khan movies is ranked best to worst with movie trailers when available. Shahrukh Khan's highe...
#11 of 189 The Best Bollywood Movies of All Time 96.9k VOTES   Here are the best Bollywood movies ever made, many of which are streaming on Netflix and Amazon Prime. This Bo...
#1 of 20 The Best Bollywood Movies of 2004 403 VOTES List of the best 2004 Bollywood movies, ranked by how many upvotes they've received by other fans of the genre. With a globa...
#2 of 24 The Best Hindi Family Movies 1.6k VOTES Here is a heart-warming list of Hindi family movies, ranked by Hindi cinema fans like you. Funny, sentimental, inspiring- th...

Swades is also found on...