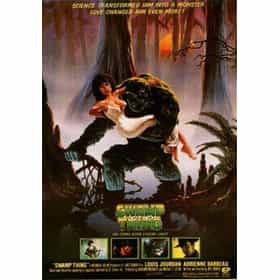 Swamp Thing is a 1982 American science fiction superhero film written and directed by Wes Craven, based on the DC Comics character of the same name created by Len Wein and Bernie Wrightson. It tells the story of scientist Alec Holland who becomes transformed into the monster Swamp Thing through laboratory sabotage orchestrated by the evil Anton Arcane. Later, he helps out a woman named Alice and battles the man responsible for it all, the ruthless Arcane. ... more on Wikipedia

Swamp Thing is ranked on...

Swamp Thing is also found on...