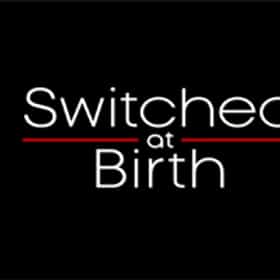 Switched at Birth is an American teen/family drama television series that premiered on ABC Family on June 6, 2011, at 9:00 ET/PT. The one-hour scripted drama is set in the Kansas City metropolitan area, and revolves around two teenagers who were switched at birth and grew up in very different environments: one in the affluent suburb of Mission Hills, Kansas, and the other in working-class East Riverside, Missouri. According to ABC Family, it is "the first mainstream television series to have multiple deaf and hard-of-hearing series regulars and scenes shot entirely in American Sign Language". The show's debut was ABC Family's highest-rated series debut to date. The series won ... more on Wikipedia

lists about Switched at Birth

Switched at Birth is ranked on...

Switched at Birth is also found on...