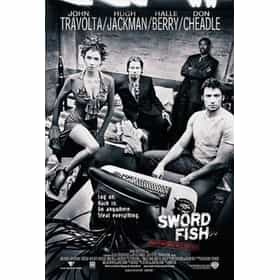 Swordfish is a 2001 American action thriller film directed by Dominic Sena and starring John Travolta, Hugh Jackman, Halle Berry, Don Cheadle and Vinnie Jones. The film centers on Stanley Jobson, an ex-con and computer cyber pirate who is targeted for recruitment into a bank robbery conspiracy because of his formidable key-logging skills. The film was a slight box office success and was negatively received by critics upon release. It was also notable for Halle Berry's first topless scene. ... more on Wikipedia

Swordfish is ranked on...

Swordfish is also found on...

The Very Best Movies About Hackers