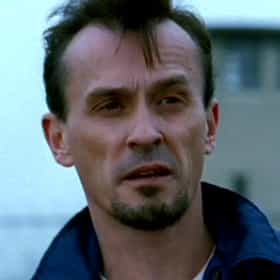 Theodore "T-Bag" Bagwell, played by Robert Knepper, is a fictional character from the American television series Prison Break. He is part of the main group of characters in the series and is part of the Fox River Eight. After guest-starring in the series' second episode, "Allen", the actor became one of the regular cast members. The character was introduced into the series as a fellow prisoner of the protagonist, Michael Scofield, at Fox River State Penitentiary. As the leader of a white supremacist group, T-Bag is one of the most villainous members of the Fox River Eight. In the second season, the character's storyline veers from the main plot as a separate ... more on Wikipedia

Theodore "T-Bag" Bagwell is ranked on...