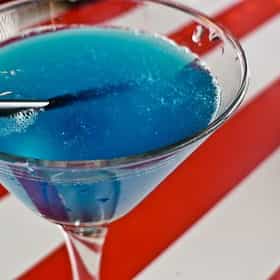 TGI Friday's is an American restaurant chain focusing on casual dining. The company is a unit of the Sentinel Capital Partners and TriArtisan Capital Partners, who purchased the company from Carlson Companies in May 2014. Its name is taken from the expression TGIF. The company asserts that it stands for "Thank Goodness It's Friday", although as of 2010 some television commercials for the chain have also made use of the alternative phrase, "Thank God It's Friday's." The chain is known for its appearance, with red-striped canopies, brass railings, Tiffany lamps, and frequent use of antiques as decor. ... more on Wikipedia

The Best Things To Eat At TGI Fridays 1k votes Thinking about heading to TGI Fridays but aren’t sure what to order? Founded in 1965, TGI Fridays is one of the oldest and m...