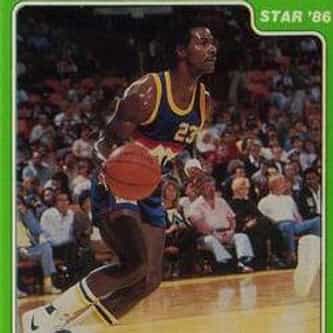 Theodore Roosevelt Dunn (born February 1, 1955) is an American former professional basketball player who used to be an assistant coach for the Houston Rockets of the National Basketball Association (NBA). A star at the University of Alabama, the 6'4" Dunn was selected by the Portland Trail Blazers in the second round of the 1977 National Basketball Association draft. He went on to have a productive 14-year career with three teams: the Blazers (1977–1980), the Denver Nuggets ... more on Wikipedia