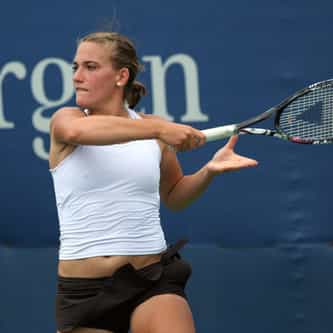 Tímea Babos (Hungarian pronunciation: [ˈtiːmɛɒ ˈbɒboʃ]; born 10 May 1993) is a Hungarian professional tennis player. Babos, who was born in Sopron, has won three singles and 21 doubles titles on the WTA Tour, one singles and one doubles WTA 125K series title, as well as 12 singles and nine doubles titles on the ITF Women's Circuit. In September 2016, she reached her career-high singles ranking of world No. 25, and in July 2018, she reached No. 1 in the doubles rankings, becoming the ... more on Wikipedia

Tímea Babos IS LISTED ON