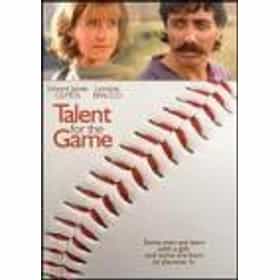 Talent for the Game

Talent for the Game was a 1991 film about a baseball scout, directed by Robert M. Young. It starred Edward James Olmos and Lorraine Bracco, in her first film after Goodfellas, with Terry Kinney, Jamey Sheridan, and Jeff Corbett as co-stars. Scenes were filmed on the Palouse in the small town Genesee, Idaho, between Lewiston and Moscow, and nearby Garfield, Washington. After a disappointing debut in a limited number of theaters in Florida, it went quickly to video. ... more on Wikipedia

Talent for the Game is ranked on...

Talent for the Game is also found on...