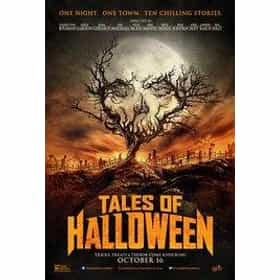 Tales of Halloween is ranked on...

#7 of 16 The Greatest Trick-or-Treat Scenes in Film History 117 VOTES Trick or treat movie scenes come in a variety of styles. Obviously, horror movies have long capitalized on Halloween and its...
#6 of 14 Pretty Good Movies On Netflix Inspired By '80s Horror 390 VOTES There are plenty of Netflix horror movies out there for those who can't get enough ghosts and gore, but how do you find the ...
#18 of 52 The Best Horror Movies That Take Place On Halloween 2k VOTES If you are looking for the ultimate list of Halloween horror movies, you've come to the right place. This lis...