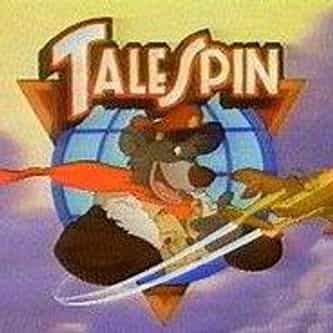 TaleSpin is a half-hour animated adventure series based in the fictional city of Cape Suzette, that first aired in 1990 as a preview on The Disney Channel and later that year as part of The Disney Afternoon, with characters adapted from Disney's 1967 animated feature The Jungle Book, which was theatrically rereleased in the summer before this show premiered in the fall. The name of the show is a play on "tailspin," the rapid descent of an aircraft in a steep spiral. The two words ... more on Wikipedia

TaleSpin IS LISTED ON