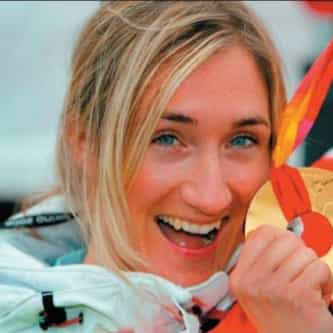 Tanja Frieden (born 6 February 1976, in Bern) is a Swiss snowboarder. She won a gold medal in the inaugural Snowboard Cross competition at the 2006 Winter Olympics. In the Snowboard Cross finals at the 2006 Winter Olympics, Frieden was in second place well behind the American Lindsey Jacobellis, when the latter crashed while attempting to showboat on the second to last jump. Frieden passed Jacobellis and won the gold medal. In her pocket was a Norwegian flag in memory of her friend, ... more on Wikipedia

Tanja Frieden IS LISTED ON