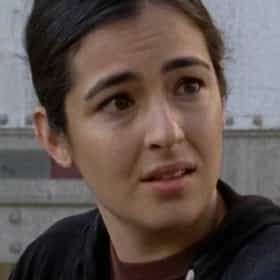 Tara Chambler is a fictional character from the horror drama television series The Walking Dead, which airs on AMC in the United States and is based on the comic book series of the same name. The character is based on Tara Chalmers from The Walking Dead: Rise of the Governor, a novel based on the comic book series and the past of The Governor. She is portrayed by Alanna Masterson. She is the first LGBT character to be introduced in the series. Tara's family encounters The Governor, using an alias, and they invite him into their apartment complex. Later, Tara's sister, Lilly, formed a relationship with him, although Tara remained fiercely protective of her sister and her niece. ... more on Wikipedia

Tara Chambler is ranked on...