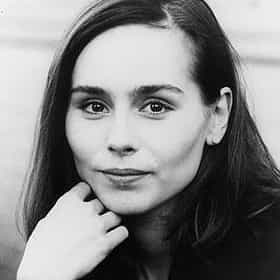 Tara Anne Cassandra Fitzgerald (born 18 September 1967) is a British actress who has appeared in feature films, television, radio and the stage. She won the New York Drama Desk Award for Outstanding Featured Actress in a Play in 1995 as Ophelia in Hamlet. She won the Best Actress Award at The Reims International Television Festival in 1999 for her role of Lady Dona St Columb in Frenchman's Creek. Fitzgerald's appeared in the West End production of The Misanthrope at the Comedy Theatre, and in Henrik Ibsen's A Doll's House at the Donmar Warehouse. Since 2007, Fitzgerald has appeared in more than 30 episodes of the BBC television series Waking the Dead and played the role of Selyse ... more on Wikipedia

Tara Fitzgerald is ranked on...

#84 of 186 The Best Living English Actresses 41.6k VOTES Hailing from England, these women in film are acting circles around some of their male counterparts. These actresses from En...
Famous People Named Tara 8k VIEWS List of famous people named Tara, along with photos. How many celebrities named Tara can you think of? The famous Taras belo...
Famous People Whose Last Name Is Fitzgerald 4.2k VIEWS Being a fairly common name, it's no surprise there are a lot of famous people with the last name Fitzgerald. Do you recogniz...
Female Celebrities Who Are 5’5" 15.5k VIEWS This list contains examples of female celebs who are 5'"5 loosely ranked by fame and popularity. Towering one inch abov...

Tara Fitzgerald is also found on...