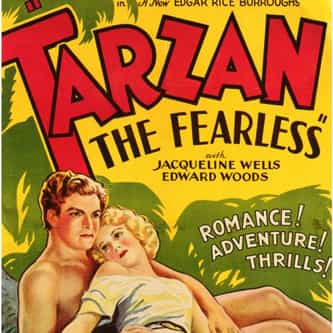 Tarzan the Fearless is a 12 chapter film serial starring Buster Crabbe in his only appearance as Tarzan. It was also released as a 71-minute feature film which consisted of the first four chapters of the serial version. Co-starring was actress Jacqueline Wells, who later changed her name to Julie Bishop. The serial was produced by Sol Lesser, written by Basil Dickey, George Plympton and Walter Anthony, and directed by Robert F. Hill. The film was released in both formats on August 11, ... more on Wikipedia