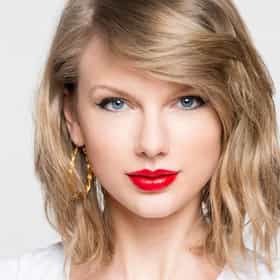 Taylor Alison Swift (born December 13, 1989) is an American singer-songwriter. She is known for narrative songs about her personal life, which have received widespread media coverage. Born and raised in Pennsylvania, Swift moved to Nashville, Tennessee at the age of 14 to pursue a career in country music. She signed with label Big Machine Records and became the youngest artist signed by the Sony/ATV Music publishing house. Her 2006 eponymous debut album was the longest-charting album of the 2000s in the U.S., where it peaked at number five. The album's third single, "Our Song", made her the youngest person to single-handedly write and perform a number-one song on the Hot ... more on Wikipedia

Taylor Swift is ranked on...

Taylor Swift is also found on...

audrina patridge boyfriend, places to go out to eat on a date, artist named valentine, how do you spell Alicia, emma watson education, famous aids deaths, you ve both been eliminated from the race, heart attack song, Jane Levy dating, stars new show