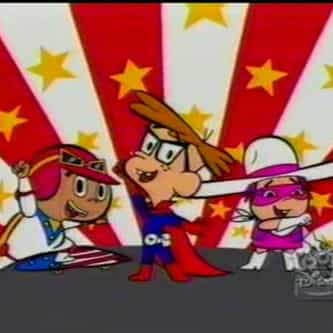 Teamo Supremo is an animated television series created by Disney. Animated in the limited animation style pioneered by Jay Ward, predecessors which inspired its style, it tells of three superhero kids: Captain Crandall, Skate Lad, and Rope Girl. These three protect their state from all sorts of supervillains, such as the evil Baron Blitz, and the shape-changing femme fatale known as Madame Snake. The series debuted on ABC as part of Disney's One Saturday Morning block on January 19, 2002, ... more on Wikipedia

Teamo Supremo IS LISTED ON