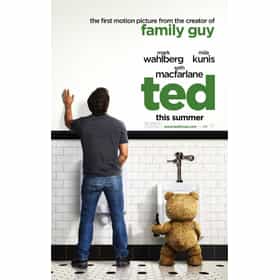 Ted is a 2012 American comedy film directed by Seth MacFarlane. The screenplay by MacFarlane, Alec Sulkin and Wellesley Wild is from MacFarlane's story. The film stars Mark Wahlberg, Mila Kunis, and MacFarlane, with Joel McHale and Giovanni Ribisi in supporting roles, with MacFarlane providing the voice of the titular character. The film tells the story of John Bennett, a Boston native whose childhood wish brings his teddy bear friend Ted to life, but Ted keeps John and his love interest Lori Collins from moving on with their lives. The film is MacFarlane's feature-length directorial debut, produced by Media Rights Capital and distributed by Universal Pictures. The film was released on ... more on Wikipedia