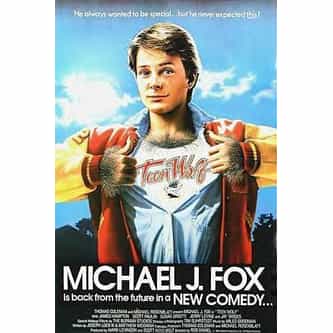 Tagline
He always wanted to be special... but he never expected this!

Teen Wolf is a 1985 American fantasy comedy film released by Atlantic Releasing Corporation starring Michael J. Fox as Scott Howard, a high school student who discovers that his family has an unusual pedigree when he finds himself transforming into a werewolf. The film was directed by Rod Daniel based on a script co-written by Jeph Loeb and Matthew Weisman. ... more on Wikipedia

Teen Wolf IS LISTED ON