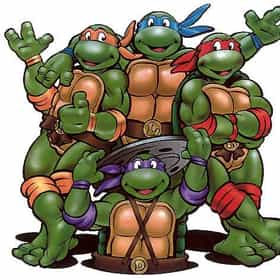 Teenage Mutant Ninja Turtles is an animated television series produced by Murakami-Wolf-Swenson and the French company IDDH. The pilot was shown during the week of December 14, 1987 in syndication as a five-part miniseries and the show began its official run on October 1, 1988. Since then the show and franchise has become a world-wide phenomenon. The series featured the Teenage Mutant Ninja Turtles characters created in comic book form by Kevin Eastman and Peter Laird. The property was changed considerably from the darker-toned comic, to make it more suitable for children and the family. The initial motivation behind the Teenage Mutant Ninja Turtles animated series was that, upon being ... more on Wikipedia