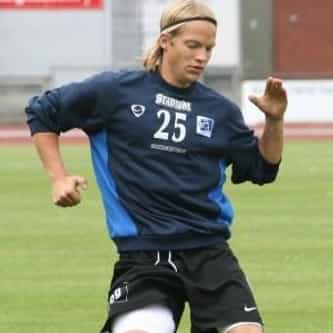 Tem Willesmoes Thordan Hansen (born 18 January 1984) is a former Danish/Faroese professional football midfielder. Hansen began his professional career with 1. Division side B.93, making his debut in 2002 aged 17. He then went on to play for Brondby IF, Fremad Amager (1. Division) and Lyngby Boldklub (Superliga) before ending the career with BK Søllerød-Vedbæk. Hansen also played for Denmark's U18 and U19 teams before accepting an offer to represent the Faroe Islands in ... more on Wikipedia

Tem Hansen IS LISTED ON