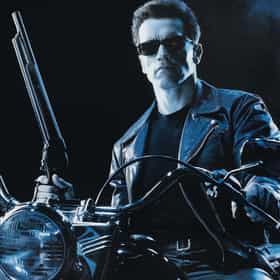 Terminator 2: Judgment Day is a 1991 American science fiction action thriller film written, produced and directed by James Cameron. The film stars Arnold Schwarzenegger, Linda Hamilton, Robert Patrick and Edward Furlong. It is the second installment of the Terminator franchise and the sequel to the 1984 film The Terminator. Terminator 2 follows Sarah Connor and her ten-year-old son John, who is protected by a less advanced Terminator who is also sent back in time, as they are pursued by a new, more advanced Terminator, the liquid metal, shapeshifting T-1000, sent back in time to take out John Connor and prevent him from becoming the leader of the human resistance. ... more on Wikipedia

Terminator 2: Judgment Day is ranked on...