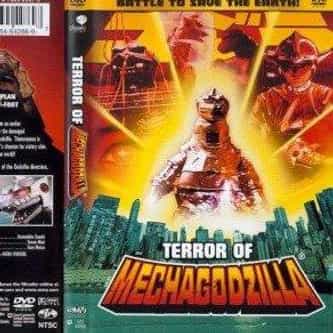 Terror of Mechagodzilla, released in Japan as Mekagojira no Gyakushū (メカゴジラの逆襲, lit. "Mechagodzilla's Counterattack") is a 1975 Japanese kaiju film directed by Ishirō Honda, written by Yukiko Takayama, and produced by Tomoyuki Tanaka and Henry G. Saperstein, with special effects by Teruyoshi Nakano. The film was produced and distributed by Toho Studios, it is the 15th film in the Godzilla franchise, serving as a direct sequel to the 1974 film Godzilla vs. Mechagodzilla, and is ... more on Wikipedia

Terror of Mechagodzilla IS LISTED ON