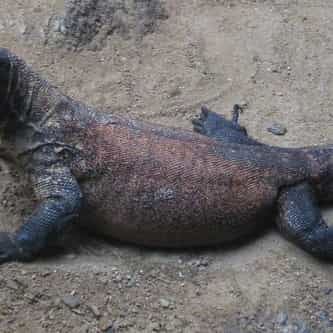 Tetrapods (; from Greek: τετρα- "four" and πούς "foot") are four-limbed (with a few exceptions, such as snakes) animals constituting the superclass Tetrapoda. It includes existing and extinct amphibians, reptiles (including dinosaurs and birds), and mammals. Tetrapods evolved from a group of animals known as the Tetrapodomorpha which, in turn, evolved from ancient Sarcopterygii (lobe-finned fishes) around 390 million years ago in the middle Devonian period; their forms ... more on Wikipedia

Tetrapod IS LISTED ON