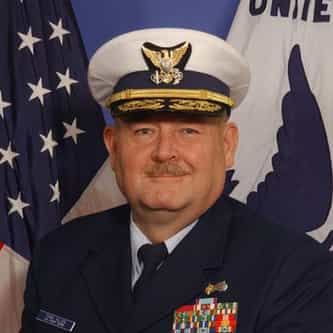 Thad William Allen (born 16 January 1949) is a former United States Coast Guard admiral who served as the 23rd Commandant of the Coast Guard. Allen is best known for his widely praised performance directing the federal response to Hurricanes Katrina and Rita in the Gulf Coast region from September 2005 to January 2006, and for his role as National Incident Commander of the Unified Command for the Deepwater Horizon oil spill in the Gulf of Mexico in 2010. Robert J. Papp, Jr. succeeded him ... more on Wikipedia