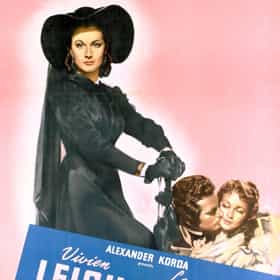 That Hamilton Woman, is a 1941 black-and-white historical film drama, produced and directed by Alexander Korda for his American company during his exile in the United States. Set during the Napoleonic Wars, the film tells the story of the rise and fall of Emma Hamilton, dance-hall girl and courtesan, who married Sir William Hamilton, British ambassador to the Kingdom of Naples. She later became mistress to Admiral Horatio Nelson. ... more on Wikipedia

That Hamilton Woman is ranked on...

That Hamilton Woman is also found on...