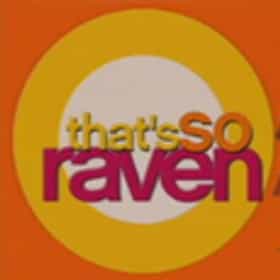 That's So Raven is an American supernatural teen sitcom television series. It debuted on the Disney Channel on January 17, 2003, and ended its run on November 10, 2007. The show spawned Disney Channel's first spin-off series, Cory in the House. The series was nominated in 2005 and 2007 for Emmy Awards for Outstanding Children's Programming. The show was set in San Francisco and revolved around teenager Raven Baxter, played by Raven-Symoné, her friends Eddie and Chelsea, her family members; mother Tanya Baxter father Victor Baxter and brother Cory. The title character drew on her psychic powers, ingenuity, and talent as a fashion designer as well as a variety of disguises to get ... more on Wikipedia

lists about That's So Raven

Fascinating Things Even Huge Fans Don't Know About "That's So Raven" 4.6k views The show That’s So Raven was pretty crazy itself. After all, it featured Raven-Symoné literally seeing into the futur...

That's So Raven is ranked on...