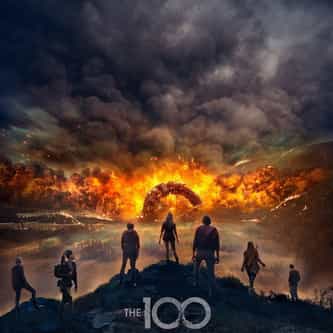 The 100 (The CW, 2014) is an American post-apocalyptic science fiction drama television series developed by Jason Rothenberg, loosely based on the book by Kass Morgan. 97 years after a nuclear devastation has destroyed civilization, a spaceship housing humanity's lone survivors sends one hundred juvenile delinquents back to Earth, in hopes of possibly re-populating the planet. ... more on Wikipedia