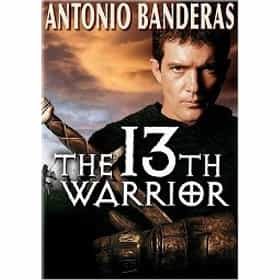 The 13th Warrior is a 1999 American historical fiction action film based on the novel and is a loose retelling of the tale of Beowulf. It stars Antonio Banderas as Ahmad ibn Fadlan, Diane Venora and Omar Sharif. It was directed by John McTiernan. Crichton directed some reshoots uncredited. The film was produced by McTiernan, Crichton, and Ned Dowd, with Andrew G. Vajna and Ethan Dubrow as executive producers. The film was a financial failure. Production and marketing costs reputedly reached $160 million, but it only grossed $61 million at the box office worldwide. ... more on Wikipedia

List of All Fantasy Movies Movies Distributed by Touchstone Pictures