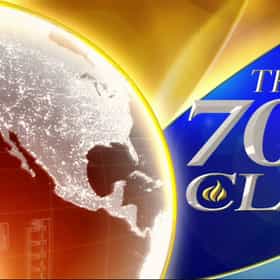 The 700 Club is the flagship television program of the Christian Broadcasting Network, airing in syndication throughout the United States and available worldwide on CBN.com. Airing each weekday, the news magazine program features live guests, daily news, contemporary music, testimonies, and Christian ministry. In production since 1966, it is one of the longest-running television programs in broadcast history. It is currently hosted by Pat Robertson, Gordon P. Robertson, Terry Meeuwsen and Wendy Griffith. Since 2010, health reasons have prevented Pat Robertson from hosting on a regular basis. As of 2013, he only hosts when able; Gordon P. Robertson is a regular host. Previous co-hosts ... more on Wikipedia