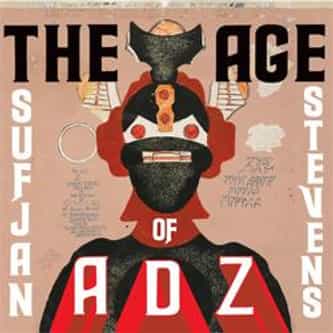 The Age of Adz

The Age of Adz is a 2010 album by American singer/songwriter Sufjan Stevens, released on October 12, 2010 by Asthmatic Kitty. It is Stevens' sixth studio album and his first song-based full-length album in five years, since the release of Illinois in 2005. The album features a heavy use of electronics augmented by orchestration, and takes inspiration from the apocalyptic artwork of schizophrenic artist Royal Robertson. Stevens' use of electronics marked a radical departure from much of his ... more on Wikipedia

The Age of Adz IS LISTED ON