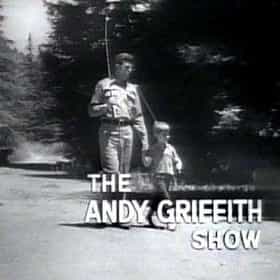 The Andy Griffith Show is an American sitcom, which originally ran on CBS from October 3, 1960 to April 1, 1968. The show, a semi-spin-off from an episode of The Danny Thomas Show, starred Andy Griffith as Sheriff Andy Taylor of the small community of Mayberry. Other characters include the inept, but well-meaning deputy, Barney Fife, a spinster aunt and housekeeper, Aunt Bee, and a precocious young son, Opie. Local ne'er-do-wells, bumbling pals, and temperamental girlfriends fill out the plotlines. Regarding the time-period of the show, Griffith said in a Today Show interview: "Well, though we never said it, and though it was shot in the 1960s, it had a feeling of the 1930s. It ... more on Wikipedia

lists about The Andy Griffith Show

The Greatest Sheriffs In TV History 20.9k votes List of the best TV sheriffs, including those who work to keep order and those who seek to disrupt it. These greatest TV she...

The Andy Griffith Show is ranked on...

The Andy Griffith Show is also found on...