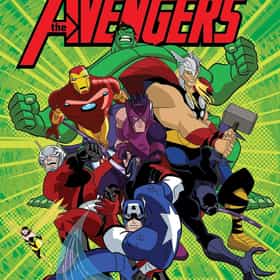 The Avengers: Earth's Mightiest Heroes! is an American animated television series by Marvel Animation in cooperation with Film Roman, based on the Marvel Comics superhero team the Avengers. The show debuted both on Disney XD and online in the fall of 2010, starting with a 20-part micro-series. Marvel Entertainment, LLC and Disney XD announced a "new Marvel Universe" programming block, named Marvel Universe, which began broadcasting in April 2012 and included the second season of Earth's Mightiest Heroes! and the animated series Ultimate Spider-Man. The series initially features a team based on the roster for the original Avengers, composed of Iron Man, Giant-Man, Hulk, Thor, ... more on Wikipedia

The Avengers: Earth's Mightiest Heroes is ranked on...