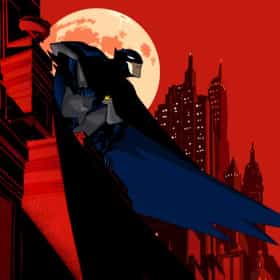 The Batman is an animated television series produced by Warner Bros. Animation based on the DC Comics superhero Batman. It ran from September 11, 2004 to March 22, 2008, on the Saturday morning television block Kids' WB. Although the series borrows many elements from previous Batman storylines, it does not follow the continuity set by the comic books, the film series, nor that of Batman: The Animated Series and its spin-offs. The character designs were provided by Jackie Chan Adventures artist Jeff Matsuda; he also directed the ending. The series won six Daytime Emmy Awards. ... more on Wikipedia

The Batman is ranked on...

The Batman is also found on...