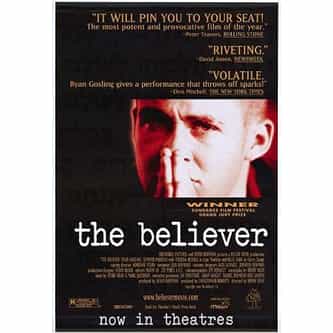 The Believer is a 2001 American drama film co-written and directed by Henry Bean. The film stars Ryan Gosling as Daniel Balint, a Jew who becomes a Neo-Nazi. It won the Grand Jury Prize at the 2001 Sundance Film Festival and the Golden St. George at the 23rd Moscow International Film Festival. The film is loosely based on the true story of Daniel Burros, a member of the American Nazi Party and the New York branch of the United Klans of America. He committed suicide after being revealed as ... more on Wikipedia

The Believer IS LISTED ON