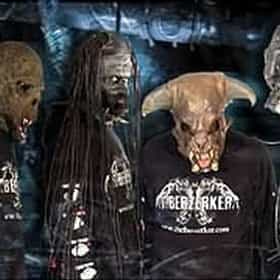 The Berzerker was an extreme metal band from Melbourne, Australia and was formed in 1995. The band's music, heavily influenced by older death metal and grindcore, can be characterized as a fusion of these with speedcore, and gabber. The band's founding member Luke Kenny described the band's style as industrial death metal.The Berzerker has produced five full-length albums, The Berzerker (2000), Dissimulate (2002), World of Lies (2005), Animosity (2007) and The Reawakening (2008). These were released through Earache Records, with the exception of the last album, which was self-released through Berserker Industries. During the early part of their career as a live act, band members were ... more on Wikipedia

The Berzerker is ranked on...

The Berzerker is also found on...