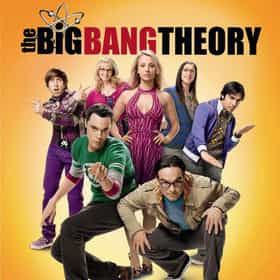 The Big Bang Theory is an American sitcom created by Chuck Lorre and Bill Prady, both of whom serve as executive producers on the show along with Steven Molaro. All three also serve as head writers. It premiered on CBS on September 24, 2007. The eighth season premiered on September 22, 2014. The show is primarily centered on five characters living in Pasadena, California: Leonard Hofstadter and Sheldon Cooper, both physicists at Caltech, who share an apartment; Penny, a waitress and aspiring actress who later becomes a pharmaceutical representative, and who lives across the hall; and Leonard and Sheldon's equally geeky and socially awkward friends and co-workers, aerospace engineer ... more on Wikipedia

lists about The Big Bang Theory

The Big Bang Theory is ranked on...

The Big Bang Theory is also found on...