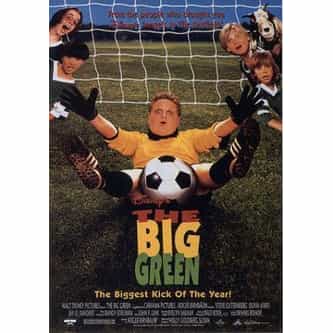 Tagline
The biggest kick of the year!

The Big Green is a 1995 Walt Disney Pictures film starring Steve Guttenberg and Olivia d'Abo, written and directed by Holly Goldberg Sloan. It also stars Bug Hall, Chauncey Leopardi, and Patrick Renna. The film is about the antics of a soccer team consisting of a misfit group of small town kids who are coached by a teacher from England. ... more on Wikipedia

Honey, We Shrunk Ourselves

The Big Green IS LISTED ON