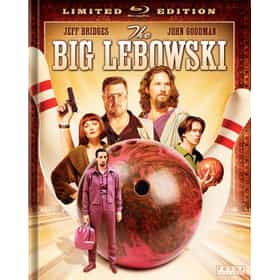 The Big Lebowski is a 1998 stoner comedy film written, produced, and directed by Joel and Ethan Coen. It stars Jeff Bridges as Jeffrey "The Dude" Lebowski, an unemployed Los Angeles slacker and avid bowler. After he becomes the victim in a case of mistaken identity, The Dude finds a millionaire also named Jeffrey Lebowski who was the intended victim. When the millionaire Lebowski's trophy wife is taken, he commissions The Dude to deliver the ransom to secure her release. The plan goes awry when the Dude's friend Walter Sobchak schemes to keep the full ransom. ... more on Wikipedia

lists about The Big Lebowski

The Big Lebowski is ranked on...

The Big Lebowski is also found on...