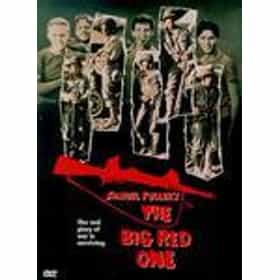 The Big Red One

The Big Red One is a WWII film starring Lee Marvin and Mark Hamill, released in 1980. It was written and directed by Samuel Fuller. It was heavily cut on its original release, but a restored version, The Big Red One: The Reconstruction, was premièred at the 2004 Cannes Film Festival, seven years after Fuller's death. Fuller wrote a book, with the same title, which was more a companion novel than a novelization of the film, although it features many of the scenes that were originally cut. ... more on Wikipedia

The Big Red One is ranked on...

The Big Red One is also found on...