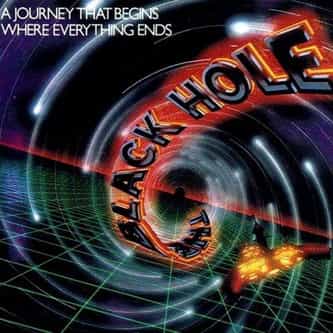 Tagline
A journey that begins where everything ends!

The Black Hole is a 1979 American science fiction film directed by Gary Nelson and produced by Walt Disney Productions. The film stars Maximilian Schell, Robert Forster, Joseph Bottoms, Yvette Mimieux, Anthony Perkins, and Ernest Borgnine, while the voices of the main robot characters are provided by Roddy McDowall and Slim Pickens. The music for the film was composed by John Barry. ... more on Wikipedia

The Black Hole IS LISTED ON